Undesign: What If Design Disappeared Tomorrow?

Undesign is a relatively rarely used term, but quite aptly-named concept. It denotes something that’s not been done or made or performed with purpose and intent.

People often lash out at designers. That happens for a bunch of reasons – from uncomfortable chairs to poor Facebook privacy policy design, to apps requiring double-pinching to use. While these things deserve to be hated, it’s not the design that is to be blamed, but rather – the designers.

Even though they are sometimes discredited for their applications of the concept, that does not make design unnecessary or evil. Both massive design decisions and micro user experiences are crucial for success in pretty much anything that’s going to be seen or used by someone.

Anything you experience during your day was designed at some point. When you drove your car or took the bus to work this morning, you were interacting with all kinds of design. Right now, you’re interacting with a display that has been thoroughly designed by a number of engineers and industrial designers.

Look around you. What do you see?

There is a common misunderstanding that design is all about the froth, styling, about what sits on top, rather than the structural foundations beneath. But let’s forget about office chairs and apps for a minute, and try to imagine a world, where design is absent both as a concept, and a discipline.

We talked to a lot of people about this, quite a few of them designers; some said that a world without design “sounds like quite a good idea,” which actually underlines the design’s principal problem. The notion that a world without design would be idyllic completely inverts what the design is supposed to be about. The very idea of undesign is not new.

It’s a concept originating from the sense of frustration about design often being undervalued.

The misleading notion is that designers are engaged in manipulation, and not in producing better things to make the world a better place. That latter point may seem a bit too altruistic, but without that fundamental basis, there can be no design, and no designers whatsoever.

People tend to think that designers just didn’t make it to engineering, or law school. That’s why they end up in a design school. But there are people who really wanted to become designers. People need to see beyond the fact designers just make things look pretty.

No design at all. Will we love that world? Would no-design become the solution to design problems? Let’s try to describe some of the aspects of that world through listing some aftermath.

Without Design, People would suffer

Ambulance, the police, firemen… it’s not just a designer’s whim to make them (both in terms of uniform and vehicle design) clearly stand out of the traffic. If not for the design, these life-saving crime-fighting vehicles would look like just your common cars in a hurry. 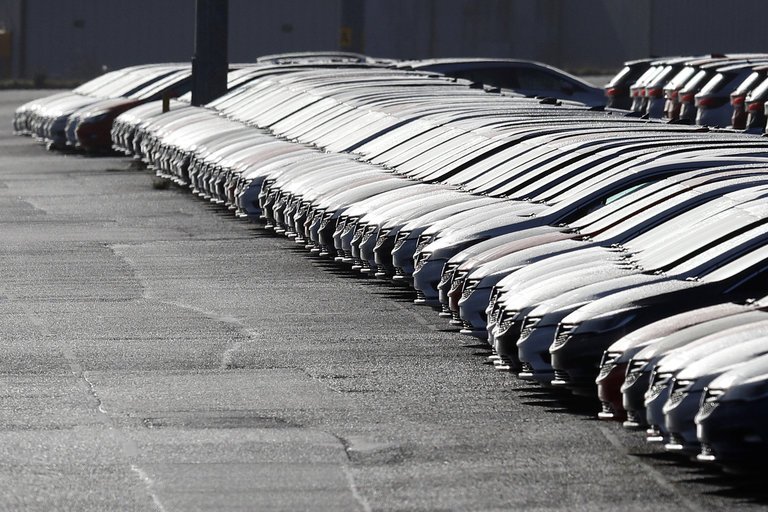 By The New York Times.

The traffic would not even know that someone somewhere is in severe distress and needs their help. The colors, the sounds, and the overall concept of the cars are exclusively designed to become visible and show importance on the road.

Recommended for you: How Much it Costs to Design a Mobile App?

Decision-making would become near impossible

In everything from shopping to choosing a bank (university, etc.) you would depend solely on your own notes since there would be no brochures or pamphlets or any branded materials to rely on. Your everyday supermarket shopping would become a hell – with no aisle signage or product labels, the differences between products would hardly be noticeable at all.

Restaurant menus would be disorganized, with text and graphical information just scattered there in no particular order. Oh yes, and you might not actually even know what restaurant you’re in.

Your ability to read books, magazines, and newspapers would be seriously undermined or gone, as focusing your eyes on a body of plain text with no proper typeset or layout is hard. The lack of discernable structure throughout the publication and any kind of meaningful explanatory diagrams or photographs would make every print/online reading an awful experience.

Try reading and finding something interesting in a passage that’s (un)formatted like this: 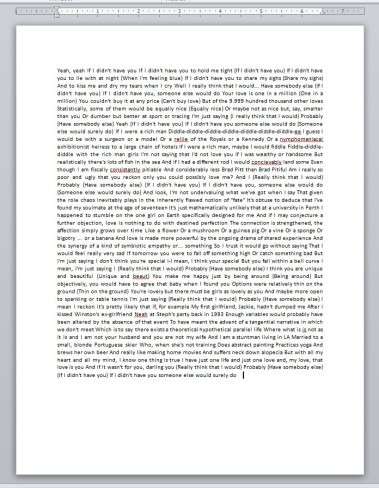 Everything would become ugly

Okay, Mr. Jobs, design is not just about how it looks, but hey, that’s paramount. It’s common knowledge that aesthetically more attractive products are more popular with the customers. We choose what we want to have not only by the functionality but also by the look and feel. Often our choice is more driven by the latter.

But forget fancy clothes. No ads for beautiful new smartphones.

Works of art don’t even exist either in a world of undesign. Your laptop is just a sharp-cornered box, with all the buttons just scattered there in no particular order.

Play Parks for children wouldn’t exist as you need designers to design the apparatus. No cartoons and TV advertising (not quite bad this one, eh?) as well as many other aspects of TV. Oh yes, and the internet would look like it’s 1993 again, with only text-based browsers to help you navigate it.

The very notion of uniform would vanish, as well as wedding dresses, and clothing in general. It would all become bland and no one would have a unique style. Buildings and streets will be all grey and impossible to live in and walk on. 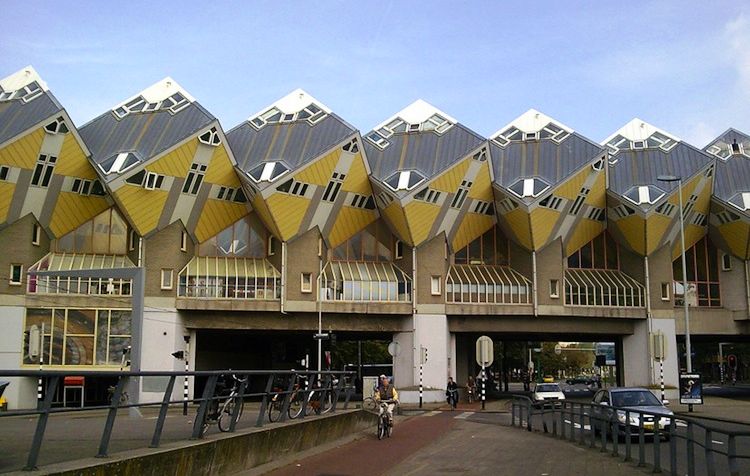 Okay, these cubic houses in Rotterdam do look cool, even though similar.

Gardeners are designers, too, so no beautiful bushes and trees to enjoy blossoming on a sunny spring day.

Countries would have no flags, walls would have no posters, and music albums would have no artwork, making this world a colorless unimaginative place. The good news is that your office would just be a better place without that annoying “Keep Calm and [insert activity here]” thing on the wall.

Recommended for you: How to Know if Know If Your App Has Usability Problems

Businesses would be in a huge trouble

With no branding or unique style businesses would find it impossible to conduct any marketing activities: no advertising, no creative campaigns, no visibility. No apples on your smartphone. Sales would dip, as a lot depends on the design. Interfaces in products would take long hours to decipher, with no one to bring simplicity and order to the chaos of layouts.

To make a long story short – with no design the communication would be very obstructed, if possible at all. Anything created by the humanity is designed in one way or another. Thus, it would be fair to say, that even though the world with no design is possible, that world isn’t civilized, since there is no human intervention (which the is the design).

Would you like to live in the world of undesign?