App Idea Validation and Save it From Failure 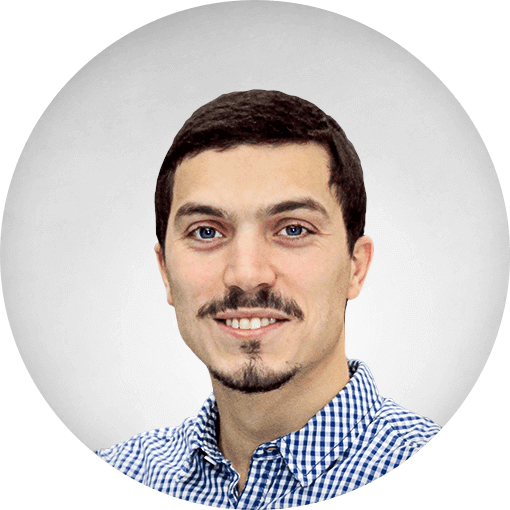 So you’re anxious to make your grand mobile app idea a reality. You know it will bring tons of value to your users. But let’s face it: the idea is worth zero without proper validation and execution. Is it really necessary to validate app idea? Yes, if you want to avoid failing and wasting your time and money. So here’s how to do it right.

Validation: Assessment of an action, decision, or plan to establish that it is correct, complete, being implemented as intended, and delivering the intended outcome.

Are you absolutely sure your app solves a specific pain? To validate app idea you have to spend some time upfront to confirm that your idea is actually something people want and are willing to pay for.

Don’t get overexcited – ideas are in fact worth zero. In a culture where ideas are overrated, there are too many of them. The erroneous notion that ideas have value often results in thousands of dollars and months of work spent in vain. It doesn’t really matter how great you think your app idea is; what does matter, though, is what your users think. You can be sure that your app idea is fabulous but remember it’s only a concept. Until you start making money with it, it’s nothing. And, without proper validation, the chance is high that you won’t monetize the idea at all.

It’s that simple: your customers, not you, will buy your product.

Brief case study: of how a very promising startup raised $41M but failed because of the lack of validation

Back in 2011, serial entrepreneur, Bill Nguyen raised $41 million to build a location-based photo sharing app called Color. Right off the bat, the startup sunk $350,000 into buying the color.com domain name (and around $150,000 more for the British-English variant, colour.com).

They then furnished their office with a skateboard half-pipe and hired a large team of expensive developers.

They did all of this before launching their app – or even validating its fundamental premise.

The app was planned to be a group camera collecting photos and videos from all Color-enabled phones in the same proximity. Photos and videos were automatically posted to the cloud.
Other Color users could see the photos and videos but only if they are physically near each other. The range is roughly about 50 yards but can be extended to as much as half-a-mile.

Few people bothered to try out Color, and the ones who did weren’t physically close enough to other Color users to actually see any of their photos. Color turned into a network of ghost towns.

The lesson from Color: Make sure you’re really solving a pain of your customers with your product or service. Your target audience has to get as excited about your business idea as you are. Oh yes, and that should happen before you even hire a mobile developer.

Why do apps fail? The same reason most projects do: lack of validation, planning, and strategy.

There are both free and paid services for validating app and business ideas. The methodology is pretty simple – you create a landing page (more on that later) and drive targeted traffic to it with ads. Then you measure the effect, analyze, optimize and do conclusions on whether you should optimize and continue, or it’s time to move on and try something new.

In reality, it all boils down to three points:

Over 70% of developers say that even their best applications failed to earn more than $5000. Why? Is it lack of marketing, bad UI/UX design, or low quality? Well, it can be anything. Most likely, however, it’s a lack of proper validation in the first place. Would-be entrepreneurs are often overly and falsely assured that their app would be helpful to customers.

Only 1 in 6 mobile apps meet their business goals. Don't be that statistic.

Thinking something is true and having actual evidence of success is apples and oranges. Application, as any other product or service, should solve your customers’ challenges and pains.

Does it make your users/customers happier? If it doesn’t – it’ll fail.

Attractive user interface design, great usability, and excellent quality won’t help because nobody’s interested in using the application that actually does nothing. Oh yes, and a word about the competition: only 2% of the Top 250 publishers for iPhone apps in the U.S. App Store are newcomers, according to research firm Distimo.

Validation is crucial. Without it, you’ll not know whether customers pay for your product or not. Your app idea can be really impressive, but you should prove it first. How? Create a design-focused MVP and test it on the market.

Engineers are very passionate about the product and they are the ‘build-first’ mentality. But there’s also the business end, where you have to learn that before you build anything at all.

What Is an MVP and How to Use It?

MVP (minimum viable product) is, basically, a simplistic version of a product with features sufficient to demonstrate the product, attract users, and collect feedback. It’s the best way to find out if customers like your mobile application or not. If you want to validate your app idea, you can ask prospective customers about it. Yet, it’s almost never effective – your idea isn’t a real product, and it’s hard for customers to get it.

There is a better way – put your product on the market as an MVP, you see how customers react to and interact with the product.

How to build an MVP (minimum viable product)?

Spoiler alert: MVP isn’t a full-fledged application or a scaled-down version of it. Here’s a great article explaining the concept of minimum viable product.

When it comes to app creation, design is always important. At the app validation stage, however, UI and UX design are at the very core. It’s what makes the difference between success and failure. In fact, we’ve described a case when UI/UX design changes alone boosted eCommerce website sales by 20%.

Design is crucial for your MVP for an obvious reason: it helps you ‘make’ the application without having to develop it. Don’t start with coding – fire up Photoshop or Illustrator and draw the looks for your application. Spend no time and money on developing the app before you prove with the design-focused MVP that your app idea will pay for itself.

A design-driven approach is so powerful because it’s easy. Even if you cannot use Photoshop, learning how to draw several static user interfaces won’t take much time. After all, you have dozens of apps in App Store and Play Store to draw inspiration from. That will help a lot to validate app idea.

Several static screens of the user interface to demonstrate the app’s features are enough to check whether customers want it or not. They will enable your customers to look through your application and decide if it solves their problem.

1. Bring your app idea to paper.

For that purpose, you can draw a mind map, do some sketches, write several sentences for the elevator pitch, etc. Your goal is to move from the big picture to more ‘tangible’ images. Sketches are great for early app idea validation.

2. Get some feedback from your friends and colleagues.

It’s possible they’ll give you some advice on how not to break the laws of interface design. No need to stand out too much at this point – just take some inspiration from how successful apps in your niche do what they do. If your app idea is great, you can pay a professional designer to add originality later.

Share your idea. Because when you do that – it becomes refined. You’ll quickly get feedback – instant, straightforward feedback. Especially from complete strangers that say “that is a stupid idea” or “that’s a great idea but have you thought about this?”

3. Use all the info you’ve collected to draw your app screens.

You can use in Photoshop or any other tool. It’s OK if you can’t do it quick and easy. It’s a known fact that if you want to get something big, you should pay the price for it. Try again, and you’ll manage it.

When your design-based MVP is ready, create a landing page and sell your app. Not email signups, but real sales.

Great feedback? Do customers buy your product? If yes – great, now you can hire professional designers, developers, and marketers to conquer the market.

Bad feedback? No interest? No sales? Well, it means you should somewhat change your app design or improve the whole concept. Or, maybe, drop the whole thing at all. This way you will save time and money you could have spent bringing you app to the market without validating it.

“Do you know the best thing about #startups?” – “What?” – “You only ever experience two emotions: euphoria and terror.” Ben Horowitz

Although it looks like a tough task, the validation of mobile application idea is quite easy, even if you can’t code. All you need is to design a number of screens for your MVP and then test it on the market. At the app validation stage, coding may be more of a nuisance than of real help. Don’t spend precious time and money on it; focus on designing your MVP instead. Several basic screens are enough for customers to grasp the concept of your app and buy (if it’s good) into it.

The difference between you and the next person down the street who has a great idea: if you’re committed and you love your idea, you will actually bring it to completion. Most people never execute on their ideas because they just never execute.

Make sure your app idea is viable and sellable and only then invest in it, hiring an agency or a freelancer to design, develop, test, and market your product.