Intellectual property theft takes many forms. As the world’s largest producer of art, music, software, product innovations and inventions, the United States is also the number one target for theft of those ideas and innovations. By one estimate, theft of intellectual property rights costs the US economy $58 billion, including $16 billion lost to patent, trademark, and copyright holders.

This is not to say that we should become paranoid and shut down all innovation. Laws exist to protect developers and inventors who work hard to bring their ideas to market. These include criminal penalties like jail time and high fines for copyright, patent, and trademark violations, and civil penalties through lawsuits. There are also a number of documents, strategies, and concepts to make sure your ideas stay your own.

Recommended for you: Does Your Business Need an App? 5 Things to Know Before You Answer

If you’re developing an app, who do you need to talk to and how can you protect yourself in those conversations? Many app creators are not computer programmers.  Most are business owners, artists, enthusiasts, and people who see something missing in the world.  They want to fill that gap. Odds are you will need to speak with a developer or development agency. To protect yourself from their taking your idea, write-up a Non-Disclosure Agreement (NDA).

A well-written nondisclosure agreement requires the people and companies reviewing and working on your idea to keep what they see secret. If your developer violates the NDA they can be sued for a large sum of money. This doesn’t just apply to outside companies. If you are fortunate to have your own staff, make sure they all sign NDA’s before beginning work on your new idea, too.

As the world’s largest producer of art, music, software, product innovations and inventions, the United States is also the number one target for theft of those ideas and innovations.

An NDA prohibits developers and employees from discussing your project over a specific, defined time-frame, often for more than 3 years. But, what happens if a core team member leaves to work for a different company, perhaps a competitor? What they learned from your project could benefit your competition. This is a frequent occasion that should be guarded against, in advance. The sensitivity of the project may warrant having a distinct Non-Compete Agreement or adding a Non-Compete Clause to your NDA.

The Non-Compete is sometimes referred to as a “restrictive covenant.” Participants agree that they will not exploit confidential knowledge or information from the project.  They won’t use it to start a new business or to work for a competitor. A Non-Compete agreement serves to protect all manner of proprietary knowledge not just on products, but also customer and client lists, or anything that might be considered a trade secret. A good, high-profile example of this can be seen in Google’s lawsuit against Uber.

What Cannot be Protected?

It’s important to note what can and cannot be protected. If you develop an app that’s a game, the specific game can be protected. But the concept of a game in app form or the subject area of the game will likely not receive protection.

Of course, the folks at Farmville won’t be happy because their audience for farm simulation enthusiasts has been co-opted by the competition. 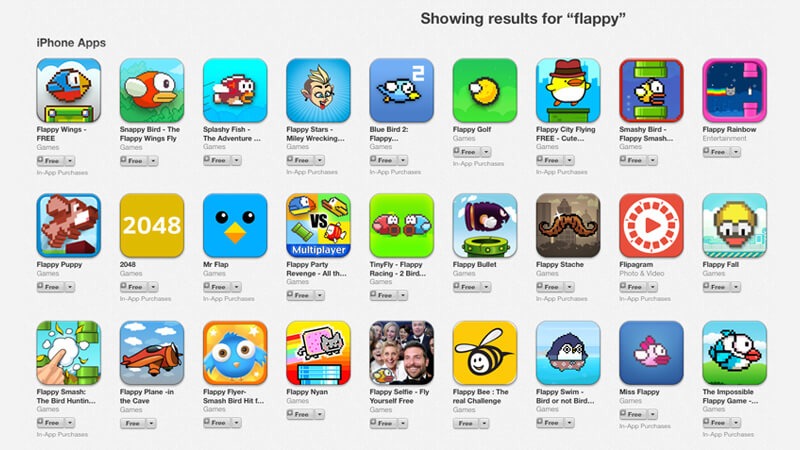 Once your product is ready for market, then you will want intellectual property rights protection from the government.

If you have invented an app,  consider a patent through the United States Patent and Trademark Office. A patent is a personal monopoly that allows only the inventor to manufacture and profit from an invention, typically for 20 years from the date of filing. The cost of filing the patent runs several hundred dollars. But given the potential for mistakes, prudence often warrants a professional patent attorney file your application. While the cost may run into the thousands of dollars, it could save you millions down the road if your app takes off.

For the sake of branding, look at trademarks for the names of your company and apps. A trademark covers a word, phrase, symbol and/or design that identifies your company. It serves to deter others from trying to pass themselves off as you. The trademark process takes about a year to complete and costs only $275 without legal assistance.

Recommended for you: How to Validate App Idea and Save it From Failure

Now is the best time to make it happen!

Copyright protections apply to the content on your app; especially for games with original story lines. Registering a copyright with the US Copyright Office runs $55 if you do it yourself, or $300 – $500 with legal assistance. Registration is not entirely necessary. Technically, you don’t need to do anything for your work to be protected by copyright law. Use the © symbol with your name and year (i.e. © by Reinvently, 2017).  That the internationally recognized format indicating your work cannot be reproduced without your consent.

Very few developers ever think about doing stealing your idea. Doing so puts their own finances and reputation at extreme risk. In the software and mobile app business, ideas are really a “dime a dozen.” Intellectual property rights are important but it’s the execution that really makes an idea valuable – not just creating the app, but the marketing and distribution, monetization and business model.

If you release a great app, others are likely to try to co-opt your idea, too. It will take theь time to “replicate” your app, but then they will need the finances to market and resources to distribute it. Most app stores avoid dealing with apps known to be in violation of copyright laws. That opens them up to litigation, as well. This kind of activity tends to take place in foreign, developing markets – where illegal efforts are not likely to be noticed, reported or enforced.

NOTE: this is not professional legal advice. It is simply an overview and a place to start if you want more protection for your mobile endeavors.