How Much Does It Cost to Build an App Like Uber?

That is a question we hear a lot. Uber’s become the de facto archetype for the On-Demand Economy. It doesn’t just markedly improve on an old, reliable business model like a taxi or rental car service, but it scales (almost) like nothing else: per the rideshareguy, Uber has around 3 million drivers worldwide, translating to 4x as many cars as Enterprise Holdings, the world’s largest car rental company. It achieved this in less than a decade – “How’s that even possible?”

Well, that’s what is possible in the  “shared economy” for all of the dynamics we discussed in How to Make Money in On-Demand. Uber has been dominating the On-Demand economy for one simple reason: its platform addresses a very common consumer problem. An app similar to Uber can be a tool that taps into another facet of the multi-billion On-Demand industry. 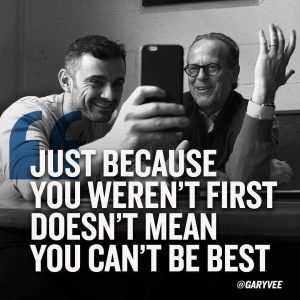 First things first – Uber is not just the app. There’s a huge business process behind the streamlined interface and stylized cars driving across the map. Quite often, when people ask us about Uber-like apps, they fail to recognize that the On-Demand app is only a part of the business – the ‘front end’ if you will. There’s a whole lot going on behind the scenes. An app like Uber doesn’t mean a business like Uber. But, there’s one major point we need to make about Uber’s on-demand app.

For an “app like Uber” to work, you actually need two apps, not one – the driver app, and the passenger app. This, plus the need for an Application Programming Interface (API), increases the costs of designing and developing an MVP (Minimum Viable Product). However, the backend for an app like Uber doesn’t necessarily need to be very complex. So, the great news is there’s no need for complex, Facebook-level big data algorithms and solutions.

The biggest challenge with these kinds of services is usually reliability. There are a lot of cases when something unexpected could happen. Like what happens if the driver or customer loses network connectivity? What if the GPS starts to send wrong data (0,0 coordinates)? What happens if it runs out of battery? Or an accident occurs?

Not quite so obvious, eh?

When talking about any kind of mobile app development at all, it must be stated upfront that anything short of a professional cost estimate is just a guess. At best, it’s a ballpark figure. A professional cost estimate involves quite a bit of work within itself. In our case, we run a workshop designed specifically for this that culminates in a detailed development roadmap defining every feature, function, screen, along with backend details, development sequence, time requirements and cost for everything. More than eliminating all of your budgeting guesswork, you have an action plan that you can take to any agency to develop or solicit a counter-bid.

Costs, both for development and design, vary considerably depending on where your team is located. This is worth pointing out for a number of reasons, first of which is that location can have a major impact on cost, and potentially quality. According to the App Association, as of May of 2018 there were over 223,000 vacancies for developers in the United States alone. Specialists for mobile design are also at a premium, and good designers with experience are hard to find.

The following details average hourly rates for developers around the world, based largely on Accelerance’s 2018 Guide to Global Software Outsourcing Rates:

For general reference, we can say 6 or fewer screens define a simple app, 12 screens compose an average app, and 24+ screens make up a more complex one. Design complexity involves much more than just the number of screens (amount of information displayed, types of files it may use, etc), but we’ll keep it easy on the eye here. We’ll use design rates of a typical US-based design agency, as above:

The more features you have (and the more complex they are), the more your app will cost. Like puzzle-pieces, they’ll all have to fit together in a certain way to make it all seem logical, intuitive, and easy-to-use for end-users. Few, if any, features come with an absolute price tag because even user login screens can vary in complexity. So, again, we have to rely upon ballpark estimates using median development rates.

Uber itself started off in 2009, with about $200k in seed money. Setting aside inflation, mobile app development was simpler then, and design costs were lower. The app they had in 2009 is by no means the app they have today. Not even close. Uber started off with an MVP – a development technique where new products only include sufficient features to satisfy early adopters. One of an MVP’s main objectives is to maximize feedback from users – and to not develop extra features unless and until customer feedback proves they’re needed.

So, what would be the “minimum” features and functions needed to create an app like Uber? We might agree on many, maybe even most or all of the following as being pretty essential:

Each of these functions could involve additional features which could significantly influence its cost. What about a Driver Rating and Feedback system to help sort out good and bad drivers? Offering passengers the ability to schedule rides several days in advance would require additional calendar functionality. If you want passengers to see where their driver is in relation to them as they await pickup, that would also involve extra development time. The same goes for any number of other options, like being giving users to specify additional vehicle requirements like number of seats, storage space, wheelchair-friendly access, etc.

The Driver’s App (Service Providers) in an App Like Uber

An App like Uber also needs an app for drivers. Much of the User Interface and User Experience elements in the app for passengers can be shared with this version of the app. That saves some time and development. The driver version of the app could include all of the items used by the passenger version, but that’d be unnecessary and cumbersome. On-Demand Booking, Driver Ratings and other screens in the passenger’s version can be streamlined out.

So what are some essential features drivers would need?

The In-App Payment and Billing System

A payment system is essential, so essential it deserves its own section.

Your billing and payment system will like make use of a third-party service, like Paypal’s Braintree, which covers payment processing in over 40 countries and 130 currencies. Braintree accepts Paypal, Apple Pay, Android Pay, and most credit/debit cards – including Visa, Mastercard, American Express, Discover, and Diner’s Club. Alternatives to Braintree include Stripe, Zoho, and many others. If you desire specific but less common financial payment options, you’ll need to make sure they are covered by your payment processor.

If you’re not willing to compromise on the options they provide, you will incur additional costs for your custom-built billing and payment system. One of the major issues here is that any custom-made billing system will need to comply to the Payment Card Industry Data Security Standard. The PCI Security Standard Council has more details about PCI compliance. And odds are, by the time you go through the first few pages, you’ll understand why it’s likely best to use existing payment processing solutions like Braintree or Stripe.

Reinvently has been building On-Demand products since 2010. Get a consultation with world-class mobile designers and developers to get everything right.

Write once – run everywhere does not always work. Don’t expect to get a double economy from that. There are a number of cross-platform tools using various languages and technologies like the HTML5-based PhoneGap and Ionic, C#-based Unity and Xamarin, C++ based Cocos2DX, and RubyMotion based on Ruby. At Reinvently, we have a methodology on this:

Developing two native apps (like Android and iOS) equates to 2x the cost to develop an app. Making the same app cross-platform ideally gives you only 1.5x cost, which is an economy of 0.5x, not 2x.

An App like Uber should be treated like two interactive apps; one for passengers, and another for drivers. A Minimum Viable Product version of an App like Uber, considering median costs on design and development, is likely to run about $115k for a single platform (Android only or iOS only), $175k using a cross-platform app, or $230k for both Android and iOS. That’s at a bare minimum considering only the most essential features.

Even that’s a really loose estimate, but it correlates well when considering that Uber itself started off with about $200k in seed money back in 2009. Setting aside inflation, mobile app development was simpler then, and design costs were lower. Uber has a market valuation in excess of $70 billion today – but it has raised $24 billion over the course of 21 investment rounds. All that, and it still hasn’t made an Initial Public Offering (IPO) – but it was all made possible, with a down-to-earth investment of just $200k.

For a More Comprehensive Understanding of App Costs…

This loose estimate of $115k – $230k is only your starting point for an On-Demand MVP. There are a lot of reasons to go with an MVP vs a full product release (check out: Why Startups Fail – A Matter of Process?).

Understanding all of the variables that go into app development costs can help save you tons of time, money and aspirin. On that score, again, I strongly recommend reviewing Cost to Develop an App – which gets more specific about other details influencing cost.

We’ve also explained backend components in much greater detail. Your backend works to connect your passengers, drivers, third-party services like the map functions and billing systems seamlessly. This used to be a hugely expensive proposition, but cloud services like Amazon Web Service, Google Firebase, and Microsoft’s Azure with Xamarin have decreased backend costs by an order of magnitude.

At least 14 design metrics influence app monetization, and you constantly want to work at improving all of them while continuing to produce more features based on user popular demand. If all of this is starting to sound a little complicated, well – it is, especially if this is your first time to explore mobile app development or the On-Demand economy.  But that’s what we do every day – our continuous product development packages cover all the technical aspects of your mobile-app so you can remain focused on your business.